“This article gives you more knowledge about wireless simulator like NS2, OMNeT++, NS3, and QualNet and many more details about these topics”

Implementing the real world is mostly possible by using simulation software. If the need to build a network topology in the form of a hardware device is costly but in the form of simulation software the cost of constructing topology is low and efficiency is higher. For considering more number of simulators is also known by the real-time prototype.

Details about the wireless simulator

The simulators are classified into two parts that are open source and commercial. This is a difficult task for choosing a wireless network simulator by comparing its job-related requirements. Here, we will discuss four kinds of simulators. There are,

The above are the four simulators that we discuss entirely in this article with the architecture, features, and advantages of every simulator. First, we will see about OMNeT++ Simulator.

OMNeT++ is used in both wired networks and wireless communication networks and it is also similar to NS3 and NS2 simulations. OMNeT++ is mainly used in implementing Wireless Sensor Network Thesis Ideas. The following lists denote the requirements of OMNeT++.

So these are the basic concept of OMNeT++ and its requirements, features, and advantages. This OMNeT++ wireless simulator is one of the widely used simulators for Wireless Sensor Networks.

From the above topic, we will know more about the OMNET++ simulator, architecture, requirements, features, and advantages also. Then we will move on to another simulator that is NS2 this abbreviated from Network Simulator-2. NS2 is also an object-oriented programming structure. Let will see the entire topics in the NS2 simulator in a detailed manner.

This NS2 simulator architecture can be classified into three phases. There is the input phase, the Simulator phase, and the output phase.

Then we will move on to the next simulator that is QualNet Simulator. This is also known as a commercial software platform. Let we will discuss the architecture, features, and advantages of the QualNet Simulator.

This kind of simulator is used for various purposes there are distributed application behavior, analysis, and design network and networked system and widely used in defense purposes. In this simulator more user-defined operating scenarios are available, C and C++ implementation and traffic patterns for application are the behaviors for simulating with each other.

The architecture of QualNet Simulator

This is the working flow of QualNet Architecture. Then we will see the requirements of QualNet.

So, the above topics are covered under QualNet Simulator. We will see about architecture, requirements, features and also advantages. Finally, we go through the simulator that is NS3 which extension from Network Simulator-2. Then we discuss the basics of NS-3 simulators.

There are the basics about the NS3 simulator. Until, we will see about wireless simulator such as OMNeT++, QualNet, NS2, and NS3. We hope this article is useful for gaining your interest in wireless simulator. We have a lot of developing and developed projects related to these topics. For further clarification kindly contact us. 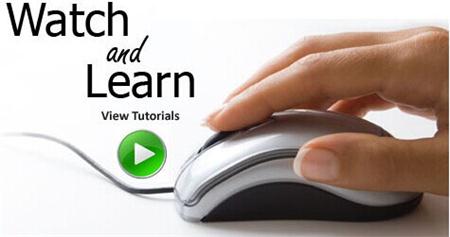